Matias Faldbakken’s works convey a notion of defiance: piled-up videotapes and pizza boxes. Graffiti on tiled walls. Books, torn from a shelf. A wall of hollow black speaker boxes. A row of metal lockers, squeezed and held together by neon yellow transport belts. Bullet casings on the ground. Identical front pages of newspapers, carefully spread and glued to large, raw canvases. Behind all this is evident a distinct note of dissent against goods produced by the society of the spectacle. In contrast, Faldbakken’s production is destructive. His objects - remnants of the culture industry (books, poetry, film, art, graffiti, music) - are deprived of their function and meaning. Combined with sheer packaging materials, transportation vehicles or empty containers, they turn out to be all part of the same circulation of commodity, of a gigantic cultural industry, rendering all meaning ridiculous. They are troll objects, acting up just for the sake of hassle, rejecting any constructive contribution to a discourse, disobeying the task of art and culture as suppliers of edutainment. In doing so, they actually work against their character as art works and turn into abstract signs standing for a world of consumption in which mainstream and subculture no longer differ. Formally Faldbakken employs elements of conceptual art, minimal art and modernist abstraction. His exhibitions convey the reduced elegance and seductive power that emanates from mechanically produced goods. But behind this adaptation of historical vanguards lies an irony: What used to be called Revolution and Protest has become mere gestures serving the general canon. Every revolt against this development leads nowhere. Faldbakken creates anti-monuments, sculptures at war with their materials, struggling with their dialectical status as art, requisite and commidity. This leads to an atmosphere of absurdity that is reminiscent of Albert Camus’ portrait of Sisyphus as a “happy man” or Samuel Beckett’s famous phrase “I can’t go on, I’ll go on”. Faldbakken’s art is no provocation, but rather offers an unadroned view at the conditions of human existence in a post-capitalist society and at the search of lost meaning in our time. For his exhibition at CAPRI Faldbakken is producing a new work bearing an unusually manual character. He is covering a jacuzzi shell with bathroom tiles - an impossible task really, as the smooth curves prevent the tiles to stick. Moreover, a cactus is engraved with single words like graffiti, and the window is adorned with tape. The entire installation appears as a kind of anti-wellness temple where everything that suggests perfection, tropical luxury and well-being is crudely undermined. Matias Faldbakken, born in 1973 in Denmark, lives in Oslo. He studied at the Art Academy in Bergen and the Städelschule in Frankfurt. In 2005 he represented Norway at the Venice Biennale; in 2012 he participated in Documenta 13 in Kassel. Recent solo exhibitions were held at WIELS, Brussels, at Kunsthalle Fridericianum, Kassel, at Kunsthalle St. Gallen and Neuer Aachener Kunstverein. Faldbakken also gained international reputation as a writer with his novels The Cocka Hola Company, Unfun, and others. 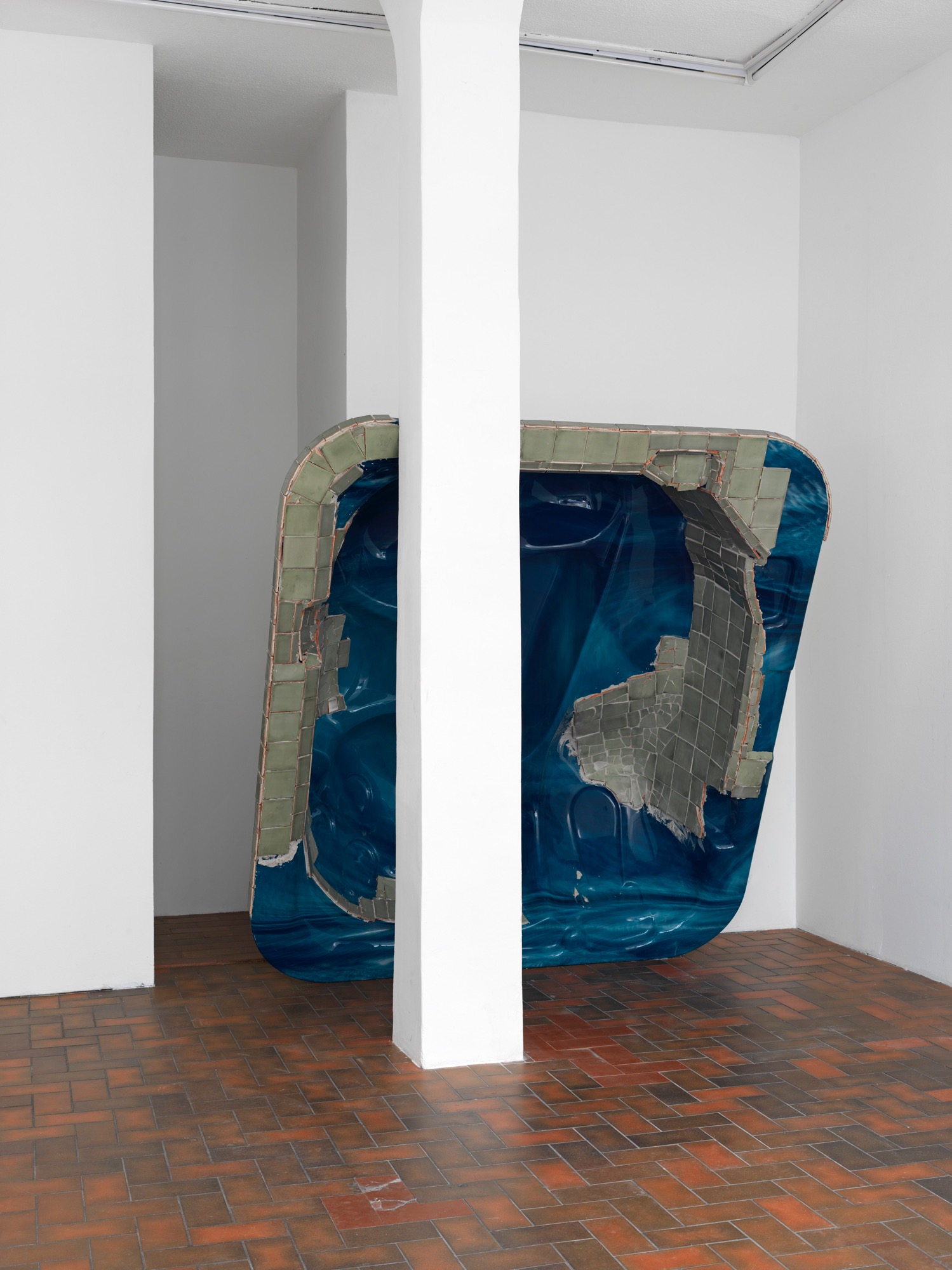 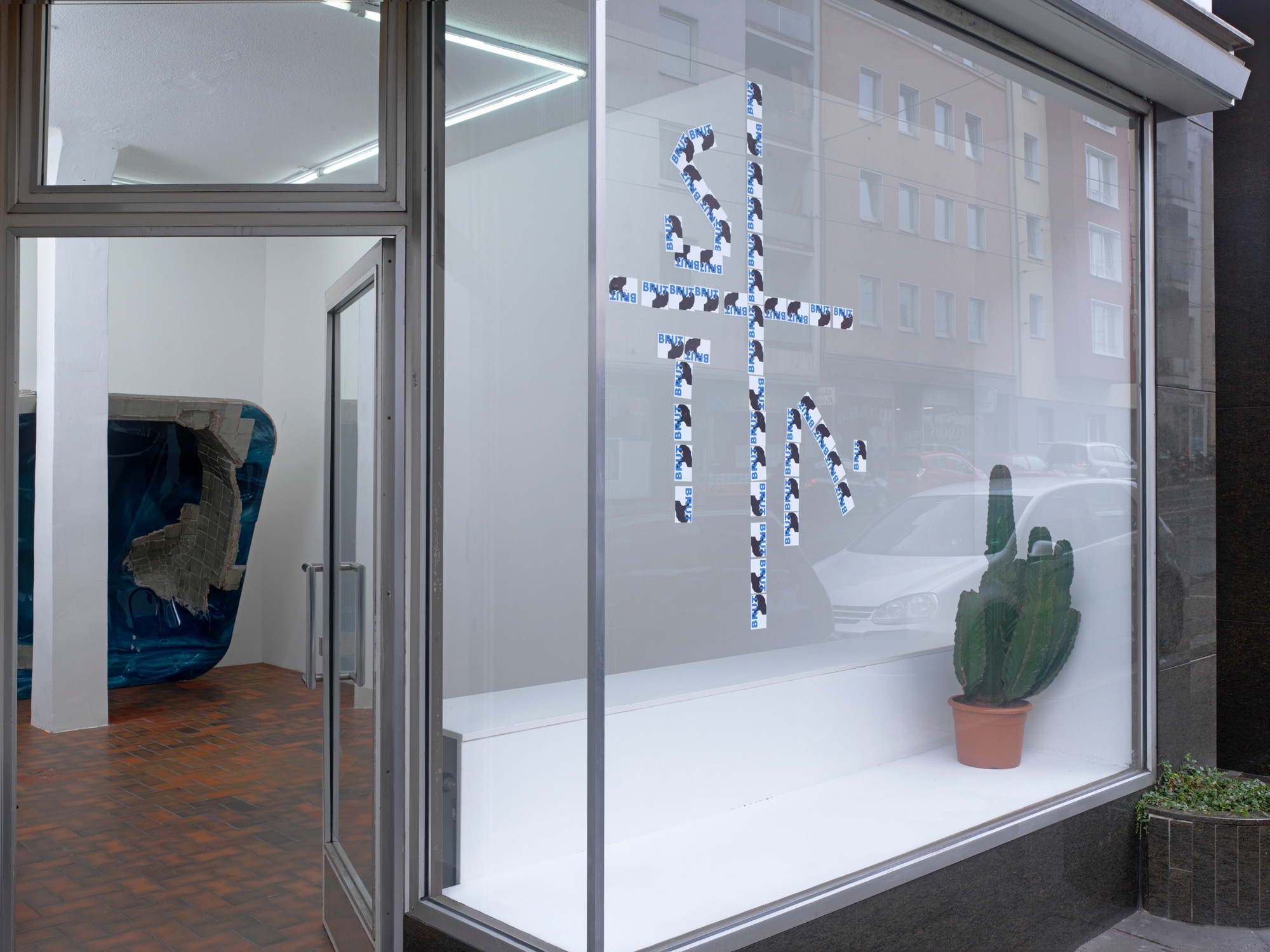 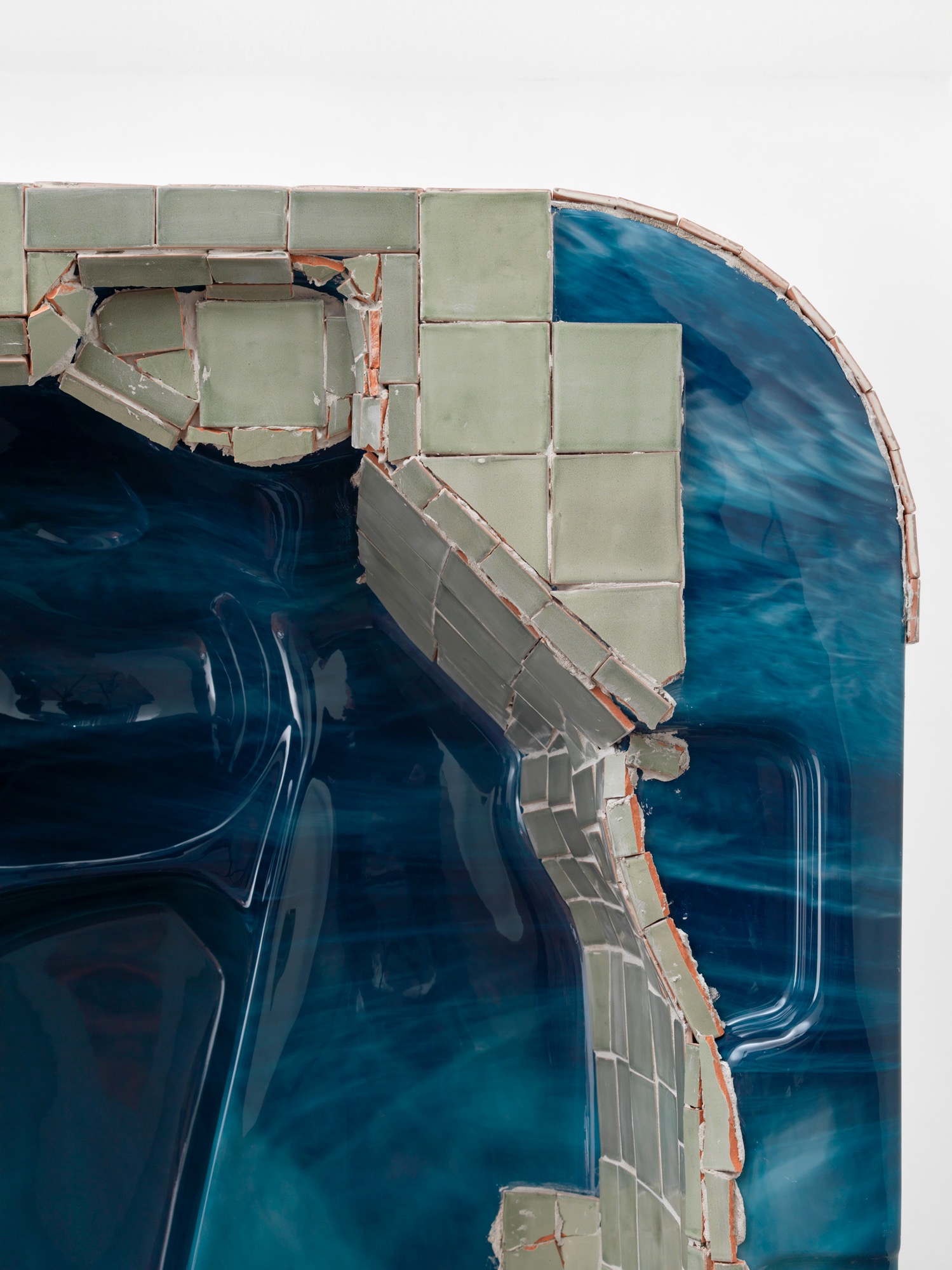